Bicycling from 12th to 179th Street

It was a beautiful fall day, and I decided to rent a bicycle and tour Manhattan.

Of course started by going to Central Park. Checked out the Bethesda Fountain. 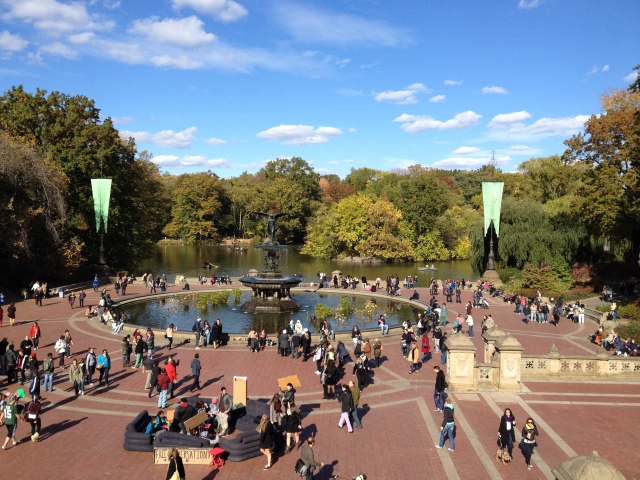 Then I biked through Morningside Park with a detour to see the St. John’s Cathedral, which I haven’t been to in years.

From there I cruised through Riverbank State Park and got a good view of the George Washington Bridge.

I made a stop at Trinity Cemetery before continuing on to the bridge.  I’d never been that far North on a bike before (the bridge is at 179th), and it was so worth it. I was delighted to discover there’s a little red lighthouse at the base of the bridge.

I spent some time hanging out on the rocks at the water’s edge and taking in the view. I couldn’t get enough of the light and the water.

It was an easy ride downtown from there along the water. I had heard that Banksy had done a new work on the front grate of Larry Flynt’s Hustler Club, so I made a stop. Unfortunately the club had already removed the entire grate. What was more surprising was that 2 different people showed up at the same time as me to look for it late on a Sunday afternoon. Banksy clearly has fans.

From there I cruised by the Intrepid.

Another good surprise – I came across the old Frying Pan, and now it’s a bar and restaurant! When I first moved to NYC, I went to some great parties and concerts there, but then it disappeared off my radar. They’ve built out the pier and they have a great setting for a drink on the river. I wish I knew about it earlier this summer. 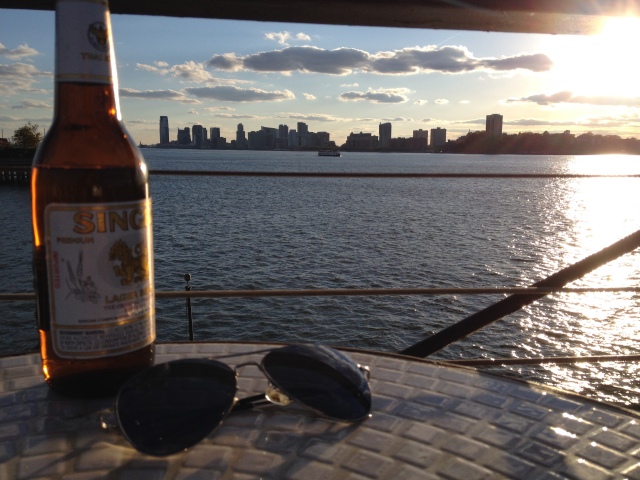 The ride was just what I needed. To cap off the day, we had our last ultimate frisbee game of the fall season and we won handily. Can’t take too much credit, though, because the other team was drunk!