Safari Day 4: In the Serengeti

The Serengeti is an ocean of earth, and the plain stretches as far as the eye can see. It’s an impressive landscape.

Shortly after we left the lodge in the morning, we saw a lioness sunning herself in a wide open space. Best view of a lion so far. Turned out to be a cat day, and later we found a cheetah (photo attached – my phone doesn’t have much zoom) having a small impala for lunch. It was contentedly munching away. At the end of the day we saw a serval, which is a cat that looks like a lynx. It was small, with a beautiful spotted pelt and a bushy tail. The great migration of wildebeests had already moved up to Kenya, but we still saw big herds with hundreds of them scattered around. In the distance they’d look like a lake of black against the pale grass. There hasn’t been any moon the past few days, and when the sun sets it is pitch black on the ground. Looking out from the lodge into the inky night, I wondered about the life that was stirring then. We debated what would be the best tactic for surviving if you were stuck out there. 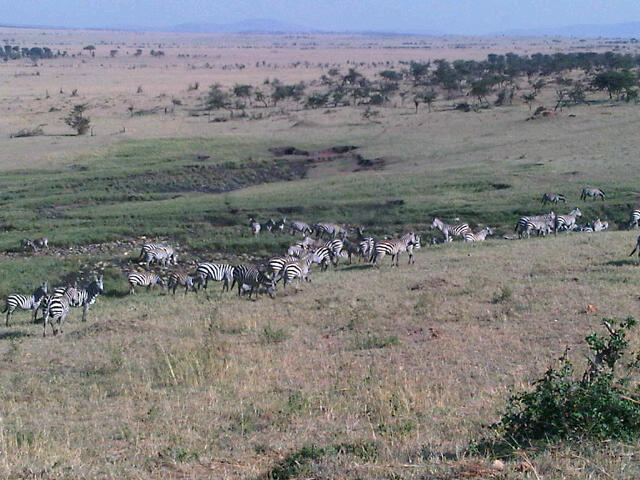 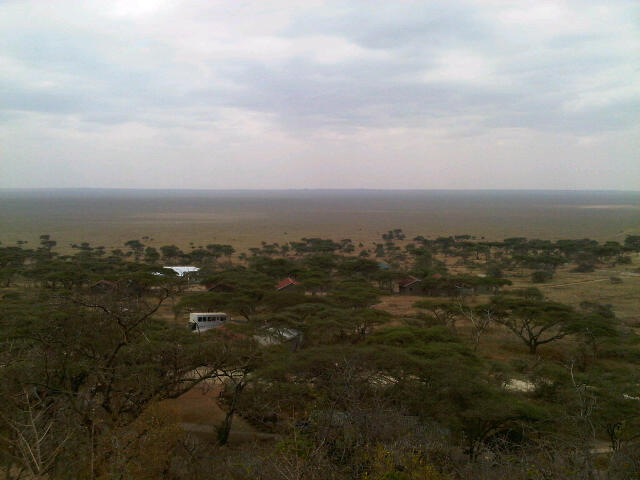